If you have you ever felt like trying a different way to get around town, Madrid Longboards might have the perfect solution for you. Longboarding is easier to learn than skateboarding. The wider stance of the wheel trucks and the greater flexibility of the deck allow for greater stability. So give up the bus, grab a board, and feel the wind in your hair.

Skateboards are shorter and have less flexibility than longboards. Longboards have a perfect design for downhill racing. The design also makes turning smooth and cruising at high speeds over long distances more enjoyable than regular skateboarding. If your ultimate goal is to learn tricks and ride railings and half pipes, go with a skateboard. However, for downhill runs, cruising along gently, or even commuting to and from work, a longboard is an excellent option.

Longboards from Madrid Longboards provide a fun way to show off your skate skills or to learn how to ride a board for the first time. These longboards are perfect for both the pros and for beginners. 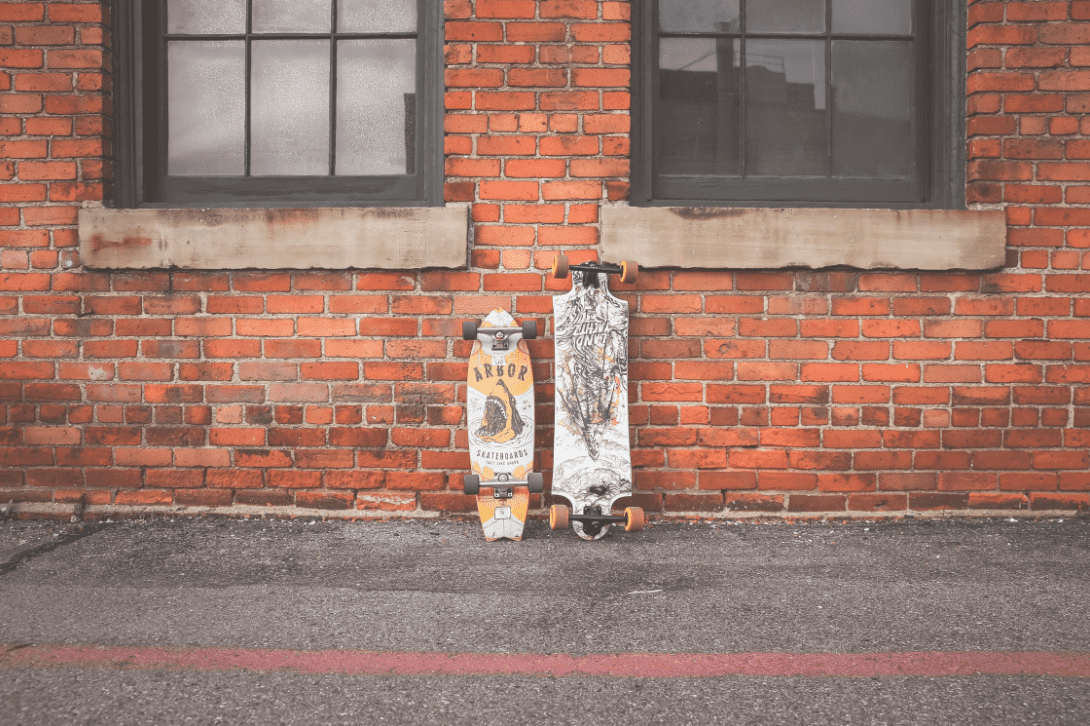 We searched many websites to bring you the answers to some of the most asked questions about Madrid Longboards. The Madrid website provided some key insights and history of these longboards, as well as information on how the company got started.

How Madrid Longboards got started?

Jerry Madrid began making longboards in the late 1960s in his parents’ garage. This hobby kept him busy when the waves in California weren’t big enough to surf. Madrid skateboards first gained in popularity in California then became known across the country.

Madrid was one of the first brands to make a modern concave skateboard. The concave is the curve from side to side on the deck of a board. The higher the curve, the more pressure you can put on the deck of your skateboard or longboard. There are low, medium, and high deck concaves.

Low concave skateboard decks have only a slight curve, which makes a board easier to ride. Medium concaves provide a bit more of a curve than low concave. If you aren't sure about what concave you should go with for your longboard, medium probably is the safest bet.

High deck concave boards have the most curve, which makes the board easier to flip when doing tricks. The length, width, materials, and concave of your skateboard deck determine what you will be able to do on it. Oh, and your skill level plays a role here too.

Not long after the Madrid skateboard became popular, Madrid developed their first longboard. To this day, the company still holds their original belief that longboards "should be crafted to perfection and guaranteed to perform."

What makes Madrid Longboards and their boards, unique?

In 1979, Madrid put out their first concave skateboard. Concave decks remain a key feature on the 36-inch and 40-inch longboards from Madrid Longboards to this day. Madrid Longboards participated in aa series of iconic collaborations throughout the '80s.

The Madrid X Valterra Skateboard made a mark on a generation of movie-goers. If you were a fan of the movie Back to the Future, you might have recognized the Madrid longboard used by Marty McFly. The board had a prominent role in the movie. The Netflix original series Stranger Things also featured Madrid skateboards.

Where to buy Madrid Longboards products?

You can buy Madrid Longboards products at various retailers including Dick’s Sporting Goods, The Longboard Store, online stores such as Amazon, Zumeriz, and Warehouse Skateboards. Madrid also displays the entire line of available boards on their website.

Prices for Madrid Longboards products can vary from $40 to more than $300 on the Madrid website and Amazon. The board you pick, where you purchase it, and the design of the longboard can affect the price range.

How We Reviewed Madrid Longboards 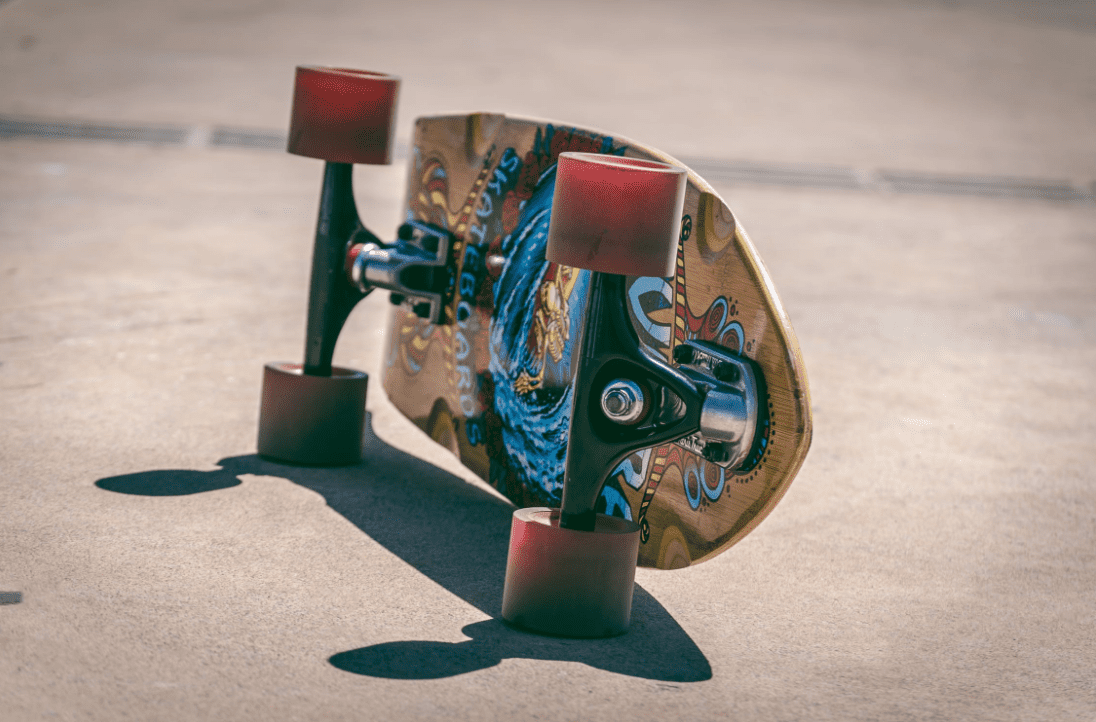 We reviewed Madrid Longboards products by looking at their features, prices, and how skaters rated each longboard. Most skaters were interested in the style of a board and how many years of use they were able to obtain out of it. After reading every review we could find, we feel confident that we can give you the most up-to-date information possible. 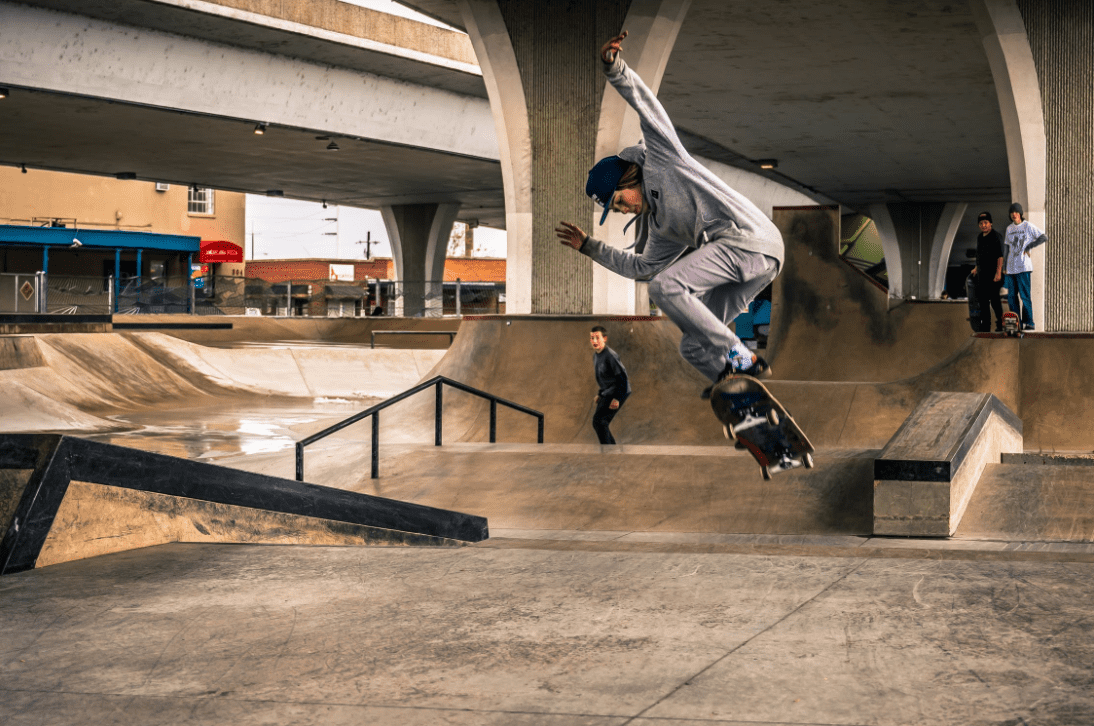 There are way too many boards from Madrid Longboards for us to highlight them all. We selected some of their best sellers to examine more closely.

The Madrid Yeti longboard comes with (of course) the abominable snowman on it. Capture the spirit of the Yeti as you conquer the nearest skatepark on this awesome board. Whether you are into carving the slaloms or speeding down hills, this board might be an excellent fit for you.

Some of the features of the Yeti include an arc drop concave, symmetrical shape, and CNC-cut wheel wells. If you order it with the recommended wheels and trucks, Cadillac high-performance bearings add to the ride.

The trucks recommended for this board by Madrid are Bear Grizzly black 180mm trucks and blue Bigfoot Pathfinder 70mm 80a longboard sliding wheels. With this combination, the Yeti is a great freeriding longboard and comes fully assembled, so it is ready to ride when you unbox it. This longboard is available at Full Circle Distribution. Prices for just the deck of this board range from $ to $ at Full Circle Distribution while a complete longboard costs between $$ to $$. 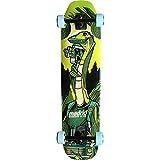 The Madrid Nessie longboard is another excellent freeride, downhill racing board. It has a Loch Ness Monster design on it. Experience the thrill of cruising the streets at high speeds on it, bomb hills, carve sidewalks, or just zoom through your neighborhood. Imagine that you are riding the waves of Loch Ness chasing the elusive Nessie.

With Formica construction, Cadillac swingers and Cadillac high-performance bearings, this board is tricked out to the max. The deck includes vibration dampening which lessens the shock on the wheels and gives you a smoother ride.

This board costs between $ to $ for just the deck and $$ to $$ for the complete longboard. The deck is currently listed as sold out on the Madrid website, but you can get emails telling you when it is back in stock. This board’s fresh design and fast style will make your friends wonder what they’re missing.

Skaters enjoy the fact that this board handles corners well but that it handles differently depending on where you put your feet on the board. One skater commented that this board is “perfect in too many ways.” Some skaters also said that this longboard offers you a smooth ride even on the toughest terrain. There are no negative reviews of this longboard. 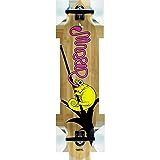 The Madrid Animal Chameleon longboard comes fully assembled from Amazon so you can ride it as soon as it arrives on your doorstep. This board allows you to take smooth turns and ride long distances without your feet aching. The 8-ply maple deck decreases board vibration, giving you more agility and the ability to cruise over bumps on the road or sidewalk without cringing.

This longboard is available for prices between $$ to $$ on Amazon and Live Well Sports. This longboard no longer appears on the Madrid site, which means they are probably phasing it out. If this is the board for you, head for a seller and grab it before they disappear. 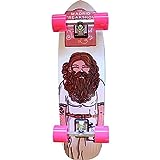 The Madrid Peafowl longboard is another board that comes fully assembled, or as a drop-thru deck, or top-mount deck. It comes with designed features including an engaging graphic of peacock feathers on the bottom of the board.

This longboard also has 180mm Xcaliber trucks and blue 70mm 80a Cadillac Cruisers for a smooth ride. The deck ranges in price from $ to $ depending on whether you want the drop-through deck or the top-mount deck. A complete board, with Madrid's recommended wheel and truck package, ranges from $ to $. 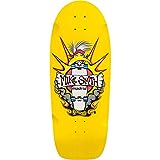 The Madrid Indie Bamboo longboard will have you cruising along with confidence. It has a symmetrical drop through design and a rocker W-concave that lets you move effortlessly. The Bamboo wood construction in this longboard gives it extra strength and flexibility.

Flypaper grip tape, affixed to the board, makes for a sure-footed feeling each time you ride. It is available on the Madrid website for $ to $ for just the deck or $$ to $$ for the complete board. On Amazon and at Dick’s Sporting Goods prices for this board as a complete set range from $$ to $$.

The Madrid Missionary Quill longboard comes with bird feather pen inking on it. The feather pen inking drapes over the Madrid logo against a shimmering gold background. If you love feathers and quills, this could be the right board for you. This board is low and stable which makes it perfect for those just learning to skateboard. It is a board that is well suited for long distance rides, too.

With its sleek bamboo design, it allows you to take even the roughest terrain with ease. The drawing of the feather pen offers a unique design that will have all your friends gaping. Costs for this board range from $$ to $$ for the complete board and from $ to $1 for just the deck on the Madrid website.

This board also comes with stylish hot pink 70mm Cadillac Cruisers that will stay smooth and keep you moving fast no matter where you have to go. On Amazon, however, the wheels for this skateboard are blue. You can pick up a top mount version of this board for increased turning, or you can pick up the drop through mount option for an even more stable ride. The black grip tape stays firmly in place, so your feet grip the board easily while cruising through your neighborhood.

Skaters gave this longboard a 3.7 out of 5.0 stars on Amazon. Some raved about it and said their kids love it. There were compliments for the customer service folks that helped them with ordering their board. Other reviewers just liked the looks of this board.

Lower rating reviewers cited dissatisfaction with the wheel color, stating that it was different than advertised. They commented that the wheels should be light blue and instead the wheels were turquoise.

The Madrid DTF Future Paradise longboard lets you feel as though you are among the hottest places in Miami. With palm trees and a cool blue, black, and red retro design, you can skate onto the scene and leave people staring. This board comes with a drop-down w-concave, offering more stability. It has both drop through or top mount options.

The DTF Future Paradise is another board that offers high-performance Cadillac bearings to help you ride over rough terrain. It is available on the Madrid website for $$ to $$ for the top mount complete board, while the drop through board costs a bit less at $$ to $$. It is also available as just the deck in both top-mount and drop-through styles. The die-cut flypaper grip tape provides a non-skid surface to ensure that your feet stay firmly planted on the board. 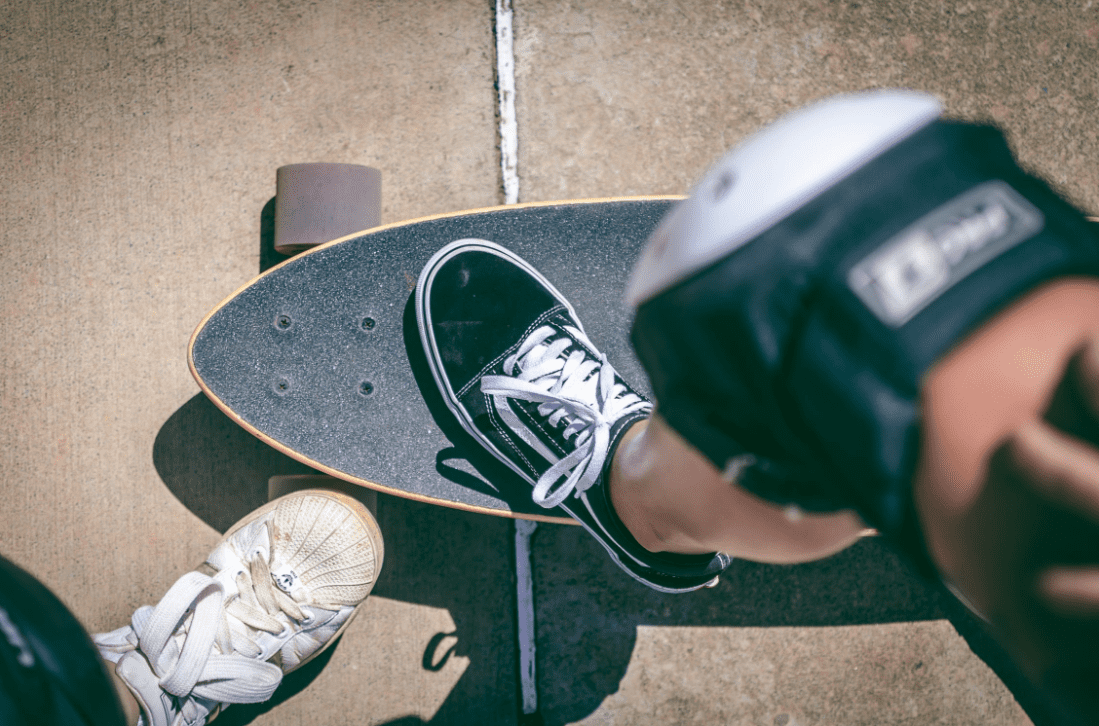 It is a tough choice with all the available selections. Both the Peafowl and the Missionary Quill have such beautiful graphics. However, my personal favorite is the Peafowl. There were no negative reviews on any of the sites we researched. It has exciting features and costs less than other longboards.

That gave runner-up choice to the Missionary Quill longboard. This board is for the feather and quill enthusiasts. Although a bit more expensive, it is worth the price because of its construction, features, handling, and of course, the beautiful graphics.

Which Madrid Longboards ride would you try? Let us know in the comments.

Zumiez Longboards: How To Choose One

Get Your Skate On with Element Skateboards